The iterative project life cycle is, in its simplest form, a way of breaking down a project into smaller chunks, each one intending to bring the end goal closer and closer.

The success of a software development project is often said to be dictated by the development model chosen. It is, therefore, of utmost importance that you know which model to choose for your own project and why.

To help you with this, we have created this blog on the iterative project life cycle, what it means, and how it benefits development teams and projects. With the hopes that knowing more about this model will help you advance and succeed in any development journey you embark upon.

What is iterative development?

An iteration can be defined in the context of an Agile project as a “timebox during which development takes place”. These timeboxes generally consist of a calendar week and are used to estimate the length of a project. A development team will set out in advance the work to be done with a certain iteration and this planning will give an outline for the overall project. These timeboxes are also commonly known as sprints.

Iterative development uses the structure of the iterative project life cycle to carry out work effectively. The life cycle is constructed from a series of 5 stages. These stages are cyclical rather than linear, as we might see in the Waterfall model for example. The cyclical nature of the stages means that each stage is carried out in one iteration and then again for the next, and again, and so on.

This flow allows the project to be very thorough, ensuring the best possible quality of the product or service that is being released. It also allows a certain level of flexibility for the development team, as they can work back through previous stages whenever necessary to fix and amend any issues. Unlike the Waterfall model, you don’t have to keep moving in one direction, you can continue to cover all bases until the final product is complete.

To help you understand this even more, we will move on to looking at each of the stages or steps of an iterative project life cycle in more detail.

The steps of the iterative project life cycle

The 5 steps of the life cycle are as follows:

This very first step of an iterative project life cycle, planning and analysis, is quite self-explanatory. The first stage of any project will be planning what a certain project needs and what goals it has. Mediation between client and developer will take place at this stage as there is a figuring out of need and possibility.

It isn’t essential to figure out risks and quality assurance at this initial stage, as it may be in other models, as you will be revisiting this stage in further iterations. This is simply your kick off the ground as the project begins and a vision is established.

The second stage of design isn’t as important as other steps within an iterative project’s life cycle. The design of a product will be visited and revisited as other iterations take place and it will develop piece by piece throughout the project.

However, it is still worthwhile for developers and the design team to lay out further requirements at this stage. Technical requirements such as data layers, languages, services and basic features may be decided upon in this stage.

Overall, the first two stages combined will help build a strong foundation for the product. One which further iterations can improve upon and finetune.

The next two stages in our iterative software life cycle, implementation and testing, often work side by side. The flexible and cyclical nature of iterative development allows software development teams to go back and forth between the two until they are happy with the results they have achieved.

Implementation describes the coding that will take place. In this step, developers will write the code to build the desired product, They will work on building the technical architecture of the app, website, or bespoke software that is required by the project. They will also develop the database and programmes of the first iteration model. During the first iteration of such a project, this may look something like MVP development, as the first iteration aims to get the first version of the product launched and ready to be improved upon.

In conjunction with this code being written and implemented, it will be tested in a sort of tandem process. With the iterative development life cycle, the two stages go hand in hand to build the outcome in a steady way. The testing team and QAs will work alongside the development team to test the code for bugs and failure to meet previously outlined requirements. Multiple testing methodologies will be used to ensure a thorough review of the code being built.

These two teams will engage in implementation and testing until the desired results are achieved. Instant feedback is provided which allows the development team to continually improve and adjust. When satisfied, they can move into the final stage of an iteration before the cycle begins again.

The final stage of the iterative software development life cycle is evaluation. In this final step, the team evaluates the entire project so far, which typically includes feedback from the client.

Whether approval or disapproval is provided at this stage, a new iteration will begin again from the beginning. The feedback provided in the evaluation stage will form the basis of the iteration, giving it direction and guidance. Each stage will be revisited until a final, fully functional and signed-off product is designed.

At the end of this first iteration, you have something that resembles a minimum viable product or a functional prototype. Your team will then take this product through further iterations to complete it to a much higher standard. Then the life cycle is complete.

What are the advantages of iterative development?

There are many advantages of iterative development and many reasons why your team may wish to engage with an iterative project life cycle. They include:

Naturally, there are some potential downsides too. The small planning stage runs the risk of allowing avoidable issues to appear later down the line, consistent feedback can be overwhelming for developers, and the model isn’t suitable for smaller projects.

However, when weighing everything up, using an iterative development project life cycle for your software development project can be incredibly useful and worthwhile. Its efficiency and focus on improvement are both big advantages. The model can really aid development teams to move quickly toward their goals and ultimately build a great product.

Searching for an Agile team to meet your goals?

If you have a project that could benefit from an Agile way of working, we can help you at 6B.

Our technical expertise can help you build the product of your dreams. We have everything you need to plan, design, implement, test, and evaluate the best possible piece of software.

Having the right team behind your project can make the world of difference.

Talk to us about your next digital project 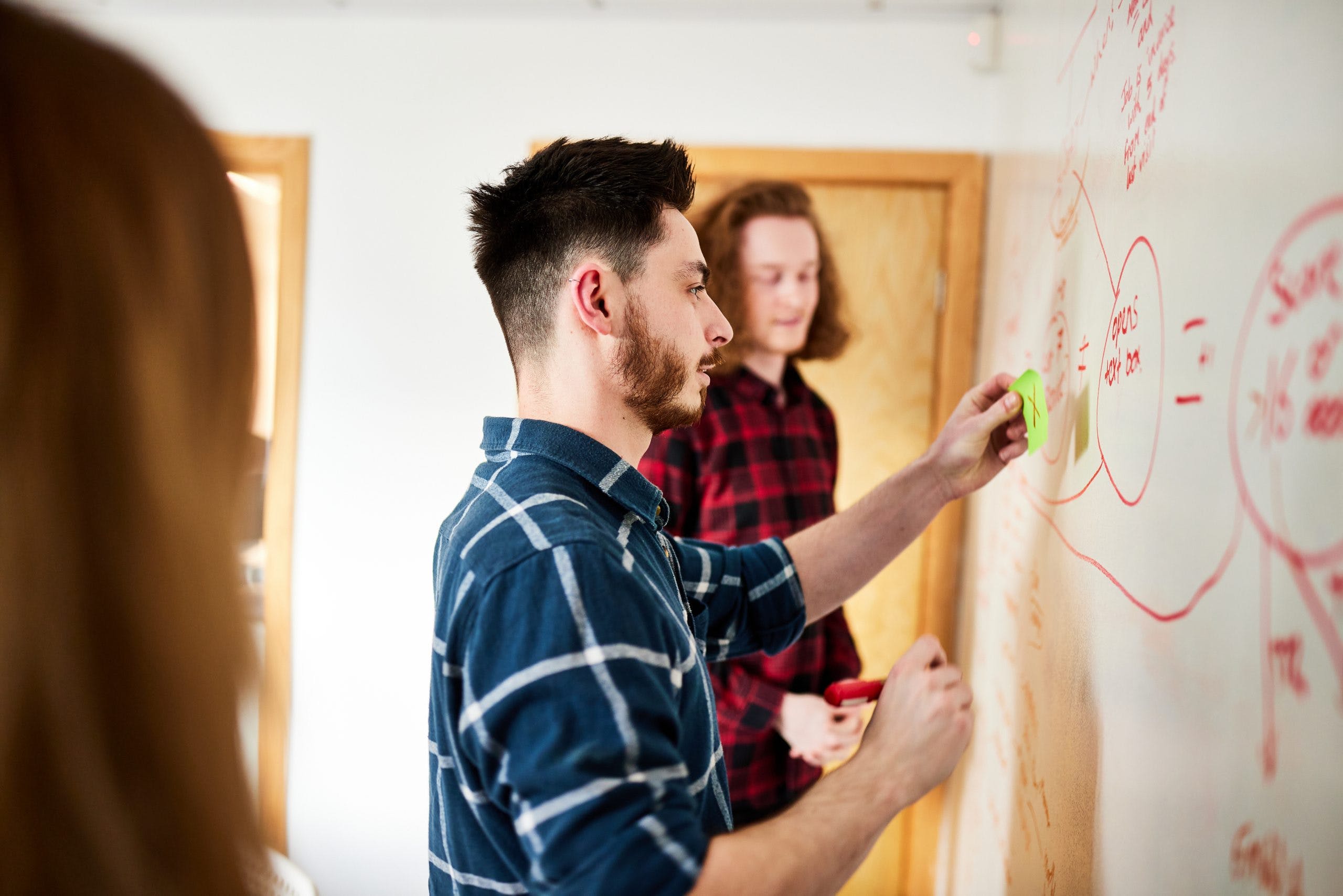