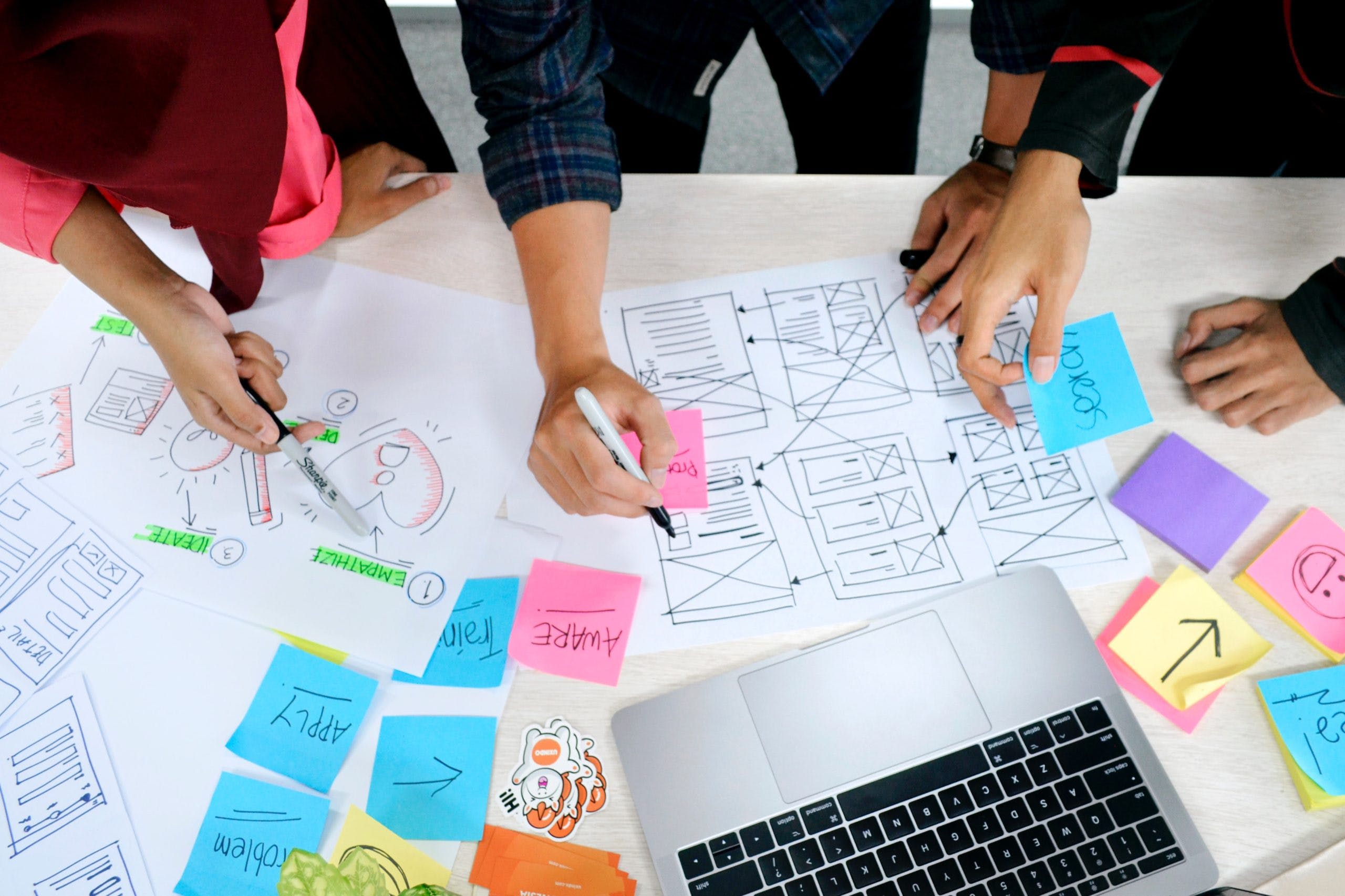 What is a proof of concept in software development?

Proof of concept is an important aspect of the field of software development. It is something that every developer and development team will use at some point in their lives. If it is something you aren’t using yet then you may be missing out on a big opportunity.

In this blog, our aim is to discuss proof of concept in a way that is accessible. We will start by defining exactly what it is, followed by why it is used and the steps that must be followed to guarantee success with the model.

By the end of the blog, you should know all the basics of POC and be ready to take that knowledge with you to your future software development projects.

Let’s start with the definition.

What is a proof of concept?

A proof of concept is an approach within software development that essentially allows development teams to have a “test run” of an idea that they have.

Creating a proof of concept allows software to be tested for viability and feasibility before too much work is put into it. It helps to move the ideas stage into something much more concrete and rational.

A proof of concept allows developers to test the validity of a project, by examining factors such as:

The answers to these questions may be presented to external stakeholders and investors in order to get the go-ahead for a certain project or product.

Often, a POC is confused with an MVP (minimum viable product). The key difference is that no coding is taking place with a POC. It is simply a plan or outline that allows a more accurate long-term vision of a product to be developed, rather than allowing any time to be wasted on something that won’t work or won’t serve a purpose. An MVP, on the other hand, is a workable product with limited functions and capabilities. They are starter products released to the market in order to garner feedback and make improvements.

We have other blogs that will provide definitions for MVPs and prototypes but for the purposes of this blog, we will only discuss proof of concept for now.

With that in mind, let’s move on to discussing the benefits of a proof of concept and what it can bring to your project.

The benefits of a proof of concept

Project failure is unfortunately very common in software development. In fact, it is estimated that around 70% of all projects fail.

Engaging with a proof of concept in your project life cycle is one of the best ways to avoid ending up in this category. There are many benefits and advantages associated with developing a POC, let’s look at them individually below:

Assessing technical feasibility early on: Assessing whether a project is feasible or not early on is a big advantage. If you can rule something out at the start of a project, you can avoid a lot of wasted time, effort and money. Skipping the creation of a POC can lead to unnecessary waste and frustration in any development endeavour.

Improving investment opportunities: A key aspect of project failure is the drying up of funds. Every developer knows that investment is critical to any successful project. The earlier that you can curate and solidify your investment opportunities for a project, the better. With proof of concept development, it is much easier to show potential stakeholders why they should back your team and your project.

Earlier market release: Without a POC, many teams spend a long time behind having the idea for a product and having that product make its debut on the market. With a POC, you can enter the market much quicker as you get a head start on the overall process. This allows you to start making a profit earlier and allows you to make the most of market feedback and user data.

Appropriate matching of product to market needs: Market research is a critical component of developing a proof of concept. During POC creation, it’s important to demonstrate the potential of the product by fitting into a particular market niche. If the product won’t serve a particular purpose for a particular set of users, it has a far lesser chance of survival. Conducting this research will help your project at every next stage in the development project life cycle.

More accurate budgeting: With a proof of concept, your team can more accurately predict how you will need to distribute your budget across the project. Not plunging into the project headfirst and instead taking the time to create, plan and predict helps you to make wiser decisions and stretch your money even further. Therefore hopefully avoiding the curse of software development failure.

Overall, having a proof of concept is something that can be incredibly beneficial to a project and the team behind it. It takes a lot of the guesswork out of the equation and allows your project to be founded on smart, strategic decisions. It may involve extra time and effort at the beginning of the project’s life, but it is something well worthwhile in various different respects.

To see how it works in more detail, let’s take a look at the steps involved in creating a proof of concept.

The steps of creating a proof of concept

Creating a proof of concept for your project is a logical and sequential process. The steps involved are important and should each be carefully considered.

The main steps involved in the process include:

Before any work starts in software development, there must be a “need” identified for the product you want to create. The very first step in creating a proof of concept will be identifying this market need and narrowing it down to one specific thing.

Once this need is established, work can begin on the other stages in a way that is productive and streamlined. If no real need is identified, then your project is likely to wind up confusing, mismanaged, and unsuccessful.

Creating a POC that is tailored to one specific need will help you optimise each and every stage from herein.

Find a potential solution for the need

Now that you have established what needs you are targeting, you need to decide how your product will answer that need.

All software development projects should aim to solve a problem in a target audience. When you have successfully conducted market research in the first step of this model, you have the best possible chance of knowing and understanding these potential solutions.

With a proof of concept, you are never going into something blind. You are instead beginning a project with your eyes wide open and firmly focused on the end goal.

After the problem-solution dynamic has been established, your proof of concept will need a prototype. A prototype is the first iteration of your end project. It is an early version of the software that is able to be tried and tested in order to gain valuable feedback and insight into how things will work.

A prototype isn’t as advanced as an MVP but it is a workable model of your final product that can work as a dummy run. What the prototype will look like will depend on your individual project and circumstances, it may not always be essential to create a digital prototype.

Once created, the prototype needs to be tested. This is an integral step of the process.

Before you launch anything to the general public, your prototype should be internally tested for bugs, problems, failure to meet specs, and so on. The earlier you can do this the better as you can fix problems as soon as they arise and not waste any more time.

As well as internally testing your prototype, you can release it in a controlled environment to a small group of users. This is known as release candidate testing. Whatever option you go for is less important than how the feedback gained is used. If you use this immediate feedback to improve the product and make wiser decisions going forward, then either testing option is appropriate.

The objective is to know what is going on under the hood before you think about releasing the car.

Analyse the results and measure success

The final step of the process is potentially the most critical step of all.

After your proof of concept has been designed, research conducted, prototype built and tested, you need to use all of this information to gain knowledge and improve your process. A thorough analysis of all results will need to be conducted before you move on to any further iterations of your project’s life cycle.

Some questions your team could ponder at this stage include:

When conducted correctly, the process of building a proof of concept, testing it and analysing the results has huge potential for software development projects. The approach helps to build certainty and vision, without any guessing or stabs in the dark.

For a rational, logical, and success-oriented approach, a proof of concept is the answer.

Do you need help building your dream project?

At 6B, our team of technical experts can help you perfect the project you have been dreaming of for years. We are skilled at building proof of concept applications and allowing them to be the foundation of your future product and its success.

Our technical knowledge can help you rise through the ranks of digital success as you transform your dream into living breathing code.

We can make your ideas a reality.