6B are an Angular development company  that build mobile apps, web apps and bespoke software through the Angular platform and framework.

There are many advantages when it comes to Angular development for your organisation’s product and these include:

6B is an Angular development company that uses Angular’s powerful routing and data management to create Single Page Applications that load quickly, creating superb user experience for your service users and customers.

The best Angular developers are a sought-after commodity as Angular is one of the most powerful frameworks and platforms in the world today. 6B has a wealth of experience in developing Angular mobile apps, Angular web apps, Angular progressive web apps and Angular bespoke software for public sector and private sector organisations across the UK. 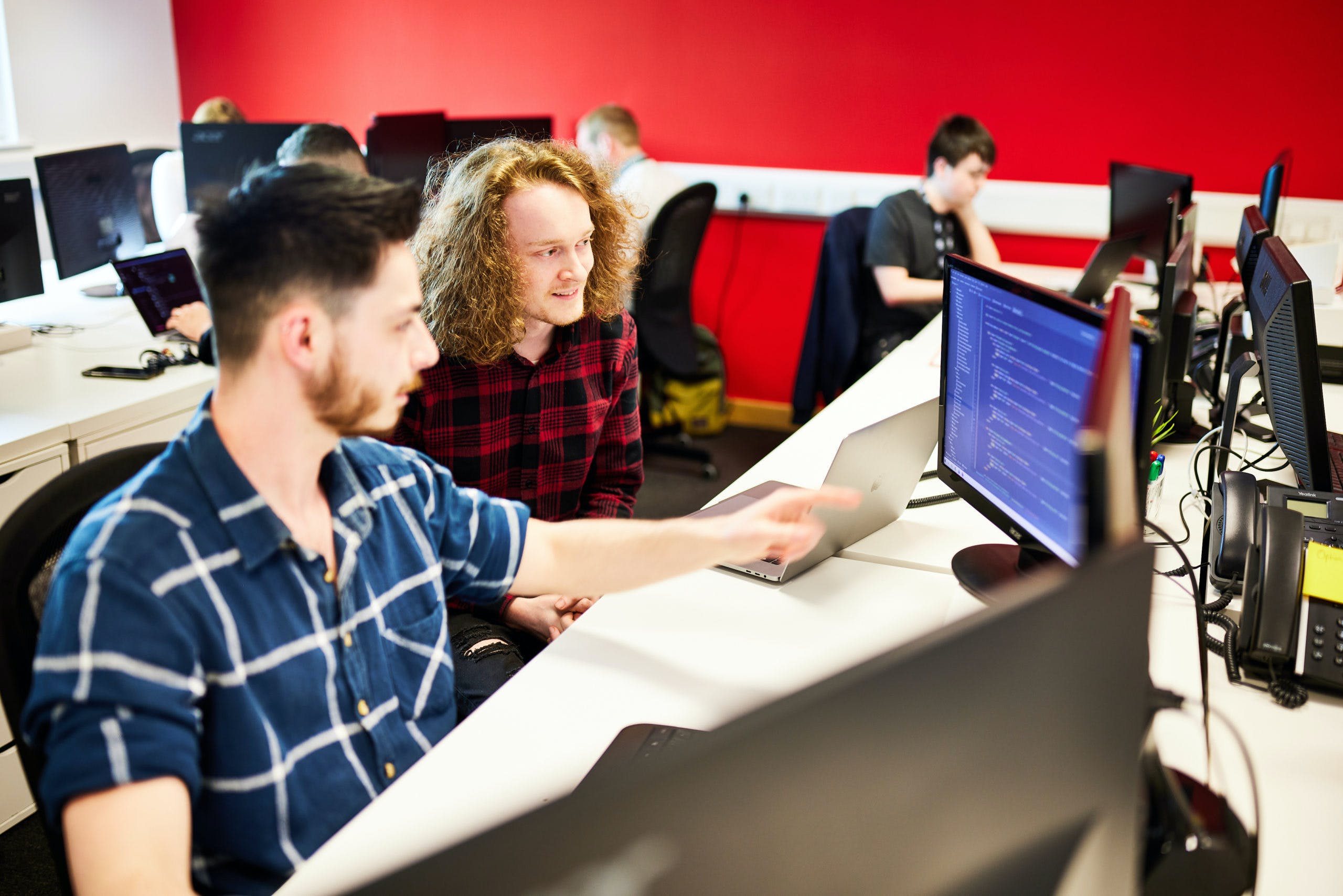 We use the full potential of Angular’s versatility and superb user experience to deliver web apps, mobile apps and bespoke software that transcend your expectations.

Angular is a commonly used and popular frontend framework, which is why Angular developers are a sought-after specialism. If you’re looking for a team that can harness the sophisticated, high-performance, powerful data binding capabilities and highly scalable applications that can be developed through Angular, 6B is the team you need.

6B can help your organisation build features quickly through Angular’s simple templates that can be extended with your own or existing components. There is also Angular-specific help through every iteration of web development, allowing your organisation to focus on app development and not on making your code work.

From discovery to deployment, 6B delivers best practice Angular development so that your organisation can build an efficient app that benefits from game-changing speed and responsiveness. It is trusted by some of the biggest companies in the world, including Google, Xbox and McDonald’s, with feature-rich applications that can be applied to your organisation through 6B’s Angular expertise.

Why does 6B use the Angular framework to build your product?

Angular’s robust frontend framework can develop and scale large apps without adding dependencies. This standardised setup saves time on using new tools as Angular is able to fulfil most if not all of the functions your organisation requires.

Our Angular developers can build versatile, cross-platform apps that go beyond frontend web application frameworks. It can be used for progressive web applications to provide features offline and even more if combined with larger platforms. Our developers can also create JavaScript-based mobile apps and more opportunities arise when we combine Angular with open-source projects such as Native Script.

Our UI/UX designers ensure that your organisation benefits from stunning and intuitive user interfaces through Angular and as your web app gains traction, we use Angular to help you navigate increased traffic and add more functions to your product, with speedy, ready-made solutions for common scalability issues available.

Advantages of working with 6B include: